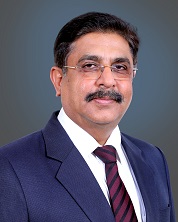 Ravi Sharma has been an integral part of the Textron’s Business Development team in India since 2014.

Prior to joining Textron, he served in the Indian Air Force (IAF). He has been a fighter and Helicopter pilot and has served in various staff & field appointments. A qualified operational pilot on several aircraft including Jaguar, Hunter, Chetak and Cheetah, he specialized in the Electronic Warfare and Weapon Systems on Jaguar Aircraft.  He is also a qualified missile operations officer in the Surface to Air guided missile system. He was an examiner for the missile operations crew and has been an inspector of the operational squadrons.

During his tenure at Air Headquarters and Ministry of Defence, he was closely associated with Indian defence market and handled various high value projects.

An alumni of Rashtriya Indian Military College (RIMC), Dehradun. He is a graduate from National Defence Academy and has done a post graduate program in Business Management from Indian Institute of Management (IIM), Indore.